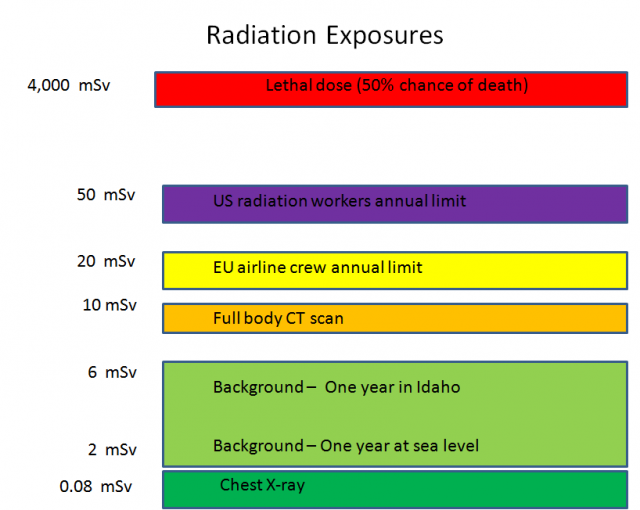 Radiation is energy that comes from a source and travels through space and may be able to penetrate various materials. Light, radio, and microwaves are types of radiation that are called nonionizing. The kind of radiation discussed in this document is called ionizing radiation because it can produce charged particles (ions) in matter.

Interestingly, there is a “background” of natural radiation everywhere in our environment. It comes from space (i.e., cosmic rays) and from naturally occurring radioactive materials contained in the earth and in living things. More from Health Physics Society http://www.hps.org/publicinformation/ate/faqs/radiation.html